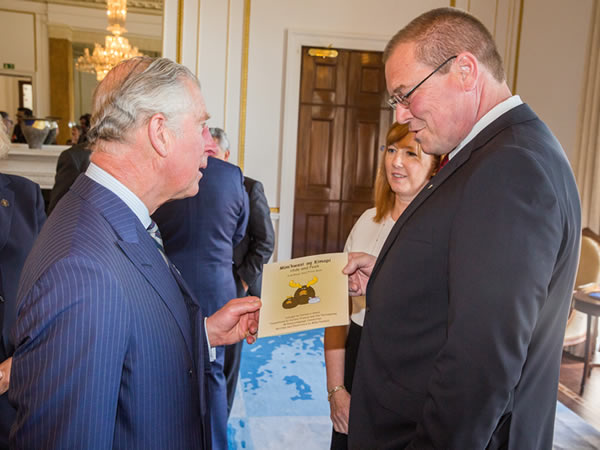 Heather and Mike Parkhill were invited by His Excellency Gordon Campbell, the High Commissioner for Canada to the United Kingdom, to represent their efforts to support Indigenous literacy through the Prince’s Charity in Canada. The invitation was for a tour of the newly renovated Canada House in London, England, attended by Their Royal Highnesses, the Prince of Wales and Duchess of Cornwall. The book His Royal Highness is holding is SayITFirst's first Mi'Kmaw book, “Mim’kwasi aq Kimapi” or “Hide and Peek”, translated by the Natoaganeg Mi’Kmaq Language Committee, edited by Kristine Thornley, published by SayITFirst.

After seeing the dire erosion of Indigenous languages caused by a systematic program of assimilation, Heather and Mike Parkhill couldn’t sit back any longer, they needed to help motivated Indigenous cultures revitalize Native Languages through the innovative use of computer and learning technologies. They felt this diversity, combined with Elder, linguist and Native community knowledge offers a unique potential to provide solutions to reclaim endangered languages. In recognition of his support for those doing First Nation language initiatives, Mike Parkhill was awarded the 2015 Order of Ontario on January 20, 2016 and the Governor General’s Meritorious Service Medal in July 2016. 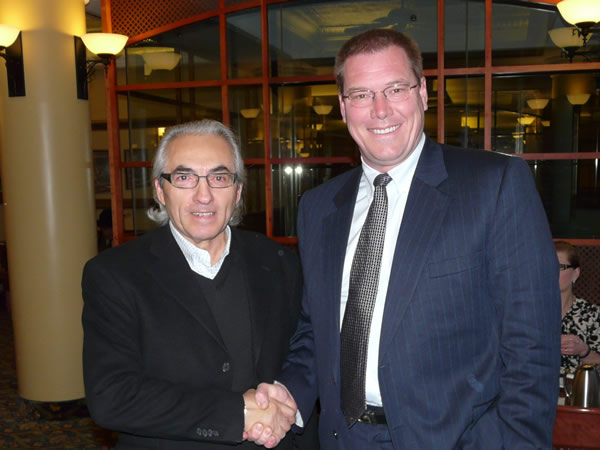 Phil Fontaine, National Chief of the Assembly of First Nations and Mike Parkhill, Founder of SayITFirst, at the Council of Education Ministers, Canada - Summit on Aboriginal Education, Saskatoon, February 2009. 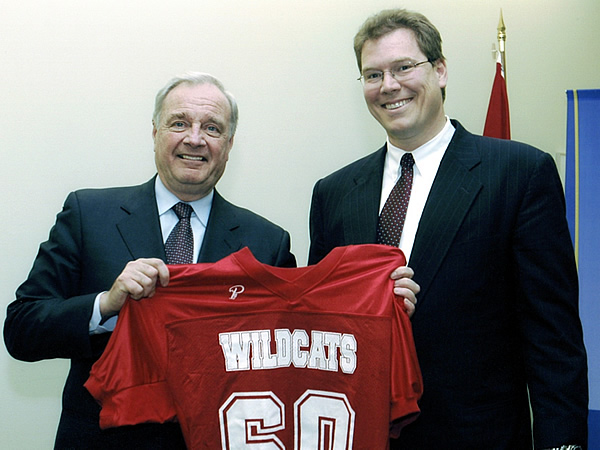 Mike Parkhill, attending the Innovative Teachers’ Awards (2005) with the Right Honourable Paul Martin, then Prime Minister of Canada,   holding a jersey from the Georgetown, Ontario Wildcats football team which Mike volunteer-coached for many years.

Mike was previously Director, Academic Sector at Microsoft Canada where he worked with the Government of Nunavut and the Pirurvik Centre to modernize over 860,000 words and phrases in Inuktitut, and to build an MS Windows and Office interface in Inuktitut.