It is estimated that, if nothing is done, half of the over 6,000 languages spoken today will disappear by the end of the 21st century. With the disappearance of unwritten and undocumented languages, humanity would lose not only an irreplaceable cultural heritage, but also valuable ancestral knowledge embedded, in particular, in indigenous languages.

According to the UNESCO languages atlas, there are 87 languages in Canada that are endangered or vulnerable. 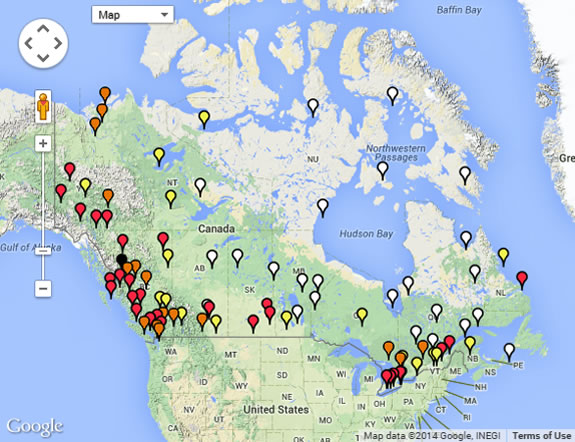 In 2002/2003, UNESCO assembled an international group of linguists to develop a framework for determining the vitality of a language in order to assist in policy development, identification of needs, and appropriate safeguard measures. This group identified six factors to evaluate language vitality, two factors to assess language attitudes, and one factor to evaluate the urgency of the need for documentation.  Taken together, these factors would determine the vitality of a language and the type of measures required for its maintenance or revitalization. 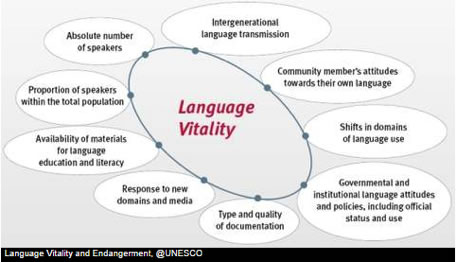 The six factors that evaluate language vitality are:

SayITFirst looks to these six factors as a guide when considering language development initiatives and revitalization projects.