Who has the time? 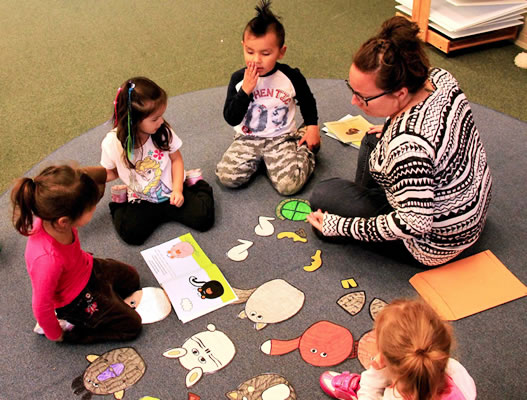 A number of years ago I read a report out of California which claims fluency can be attained by spending twenty hours per week immersed in a language for a three-year period. The idea itself is quite simple, it is the execution of this plan where most fall short. I recently presented this thought at an Aboriginal Education conference in Minnesota where I was rightly challenged by an Ojibwe immersion teacher. He said I had used the word fluency without properly defining what I meant by this.

Two types of fluency exist: one being primary discourse, the other being secondary discourse. I'll define primary discourse as the ability to have a conversation with words which already exist, like days of the week, colours, plant names, etc. Secondary discourse is the ability to create new words which currently do not exist. The example I like to use is the Inuktitut word for the Internet. It is Ikiaqqijjut, meaning, “my body stays here while my soul travels to other places.” We cannot get to secondary discourse until we have nailed the primary. I mean, the work we were doing in Nunavut was all about modernizing words and phrases. The children actually told us they needed the language to communicate modern thought if they were going to use Inuktitut. One boy actually asked me how to say, "He shoots, he scores," in Inuktitut. As Elders and older speakers pass over to the other side, endangered languages experience a severely threatened ability for secondary discourse to continue. Without the ability or process to create secondary discourse, without the ability to modernize, my belief is the revitalisation work being performed will be relegated to archival practices and no longer exist in the realm of vibrancy of culture. Knowledge will move entirely out of the Native community domain and will become the exclusive realm of academics and museums, archival pieces.

So here we are, twenty hours per week, problem solved. Not quite. However, as a starting point for language revitalization, it provides a very clear marching order: get started practising the language in whatever form we can.

In many First Nation communities, I run across people saying they would love to learn the language but they do not have the time. I actually correct people when they say this because the truth is when they don't prioritize learning the language, they chose to not make the time. This isn't a judgmental statement but rather a truth. The language isn't coming back without a plan and a whole lot of work. People waiting for Government funding for this might as well admit defeat and move off the subject. If the various governments haven't even funded language maintenance, why would they fund a total language revitalization? If they chose to fund the effort, is it even possible without a plan?

Twenty hours per week for three years. Another point to examine is the affinity children have to understand languages, typically learning 3 to 5 thousand words by the age of five. As well, this set of individuals has 20 hours per week to spend in the Native Language, especially by spending time in daycares and Aboriginal Head Starts programs focusing on Native Language. Our recommended starting point for any group initiating language revitalization is to focus on putting tools and programs in the hands of those looking after the care of the children before reaching school age.