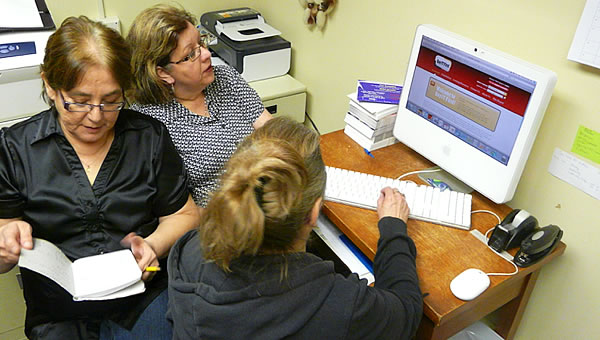 I've looked at several translation tools on the Internet and feel they misstate what they really are. The tools do not usually translate, but merely look up words and phrases that are preloaded. We need a game changer tool so the language can be digitized and readily available for use anytime, anywhere.

I got hold of my friend, Carla, at Microsoft and she helped me create a project on a technology called Microsoft Translator Hub. This technology helps Microsoft translate English into the top 130 languages in the world. When I asked Carla if we could be part of this project and if she had an appetite to help me tackle an Indigenous language, she said she would love to. As long as I could find a way to project manage the Native Language content, Microsoft would provide access to the true translator tool. We both got excited at the prospect of building this in Ojibwe so I asked how we could get started. She said, "All you need to get started is to enter one to two million translated sentences of English into Ojibwe or visa versa." Silence took over as I processed this task. I did the quick math and this would mean about 57 person years of effort to get to a starting point. She said it is not that bad because translated lines probably already exist and we could just use those. I spent the next couple of days doing an inventory of what was available on the web and found about 25,000 sentences. I was bummed out. The thought of 'tin cupping' for dollars, to the tune of 57 person years, exhausted me.

I asked my friend Brent Tookenay at the Rainy River District School Board (at the time) if he had any ideas; the result was both of us feeling despair, instead of just me. We could not develop really good ideas so we decided not to pursue the task. I went out for a walk. As fortune would have it, an eagle feather appeared to me, quite a big one from the Migizi's shoulder; it was giving off a strong presence. I pulled some tobacco out of my medicine pouch, placed it in my cupped hands and thought, ‘what is the responsibility I am to carry out for receiving such a gift’. I can't leave the tobacco until the answer appears. No matter how many times I tried to change the subject in my mind, the thought that I needed to pursue the Translator Hub project kept coming back. The Elders say when the right answer appears, we will know. Resigning myself to the task, I laid down my tobacco where I found the feather and moved along. The thought that I just committed to getting the funding for this project instantly exhausted me.

That night, I was at an Ojibwe class at Couchiching First Nation with my buddy, Stephen Danielson. I had mentioned to Stephen over dinner that I was challenged with figuring this translation problem out but was at a loss as to how I was going to honour my promise. After being slightly frustrated by my lack of knowledge around verb conjugation, my instructor Jason Jones breaks in the middle of his lesson to say, "The nice thing about learning the Ojibwe language is that it is pure, there are no exceptions to any rule, not like English which is made up of many root languages." I looked across the table to Stephen Danielson, and we simultaneously said, "Computer script the language". See, if something is rule based, it can be computer scripted, we wondered if we could computer script the Ojibwe language thereby eliminating fifty or sixty person years off of the project. The point is: whenever I am looking for an answer to a really big problem, the answer always finds its way back to me. Stephen and I couldn't wait for class to end so we could get to work. Later, Jason claimed this is the only time he has ever said there are no exceptions to any rules in any of his classes. I never cease to be amazed at the help I receive from worthy ideas at the oddest times, in the most mysterious ways. In the Anishinaabe world, one would say - the Spirits guided me through the feather; in the settler world one would say - it was lucky, or happenstance. Malcolm Gladwell, author of Blink, would call it great intuition or gut feel. No matter, the thought invoked action.

The Translator Hub project has two tasks that need to be accomplished: one is uploading all existing translated sentences into the tool. The second is training the tool to structure itself like a Native Language speaker would talk. After several months of script writing, template building, rule compiling and conjugation verifying, we ran a test using a small sample of verbs. To our amazement, the software accomplished the task of automatically conjugating these verbs with their English equivalents 438 different ways each. In the first weekend we tested our software, we ended up creating 300,000 sentences, virtually at the speed of light. This test produced twelve times all of the translated sentences we could find. What a gift, indeed.

The script development is now in the process of adding pre-verbs, pre-nouns, nouns, particles, etc., into the tool so that the software can generate a limitless number of sentences. We still need to explore the impact this volume of work will have on the translation score. In the mean time, we are actively pursuing funding to get various bands to hire 'Trainers' to work on all of the thoughts we cannot translate currently. In our proposal, we feel it is important to find people with good computer skills who can read, write and speak the language. We have established a process and triage for words we cannot figure out. Once per month, an Elder committee will get together to discuss and complete these difficult words, I.E. penicillin, computer, bulldozer, etc. As the committee decides the new words, they will be passed onto authors of a few popular dictionaries for inclusion in future lexicons and input into the Translator Hub. We are predicting approximately ten person years are required to complete this training of the Translator Hub to speak Ojibwe. The potential of this technology is really causing our minds to soar. Daycares with no Ojibwe speakers can now produce Ojibwe content for little ones; they can build plans to run immersion programs. The simple conjugations already provide this ability. If our funding request is approved, we will be able to promote the tool to help build curriculum, always staying one year ahead of the cohort of children going through Band Schools and Public Schools. As Elders are brought in to 'Guest Speak', they will be freed of language lessons so they can pass on more valuable cultural teachings, all in an effort to help the kids build a solid self-identity. Books in the top 130 languages can be translated automatically into Ojibwe with only a minimal edit function needed before the translation is complete, instead of translating the entire work with words that might or might not exist yet.

The future will bring voice to text and text to voice. This potential will allow us to take the hundreds of hours of videos of speakers that already exist and use voice to text to translate and transcribe the videos. The learning potential of the traditional language is outstanding, the way it was spoken before the settlers came.

As we get along in our development, we will be customizing the interface to be used effectively by daycare workers, parents and teachers, making the software available for free to any who want to use it. Seven Generations Education Institute will be working with the Band Schools and Daycares in this effort, once our proper consultation effort is completed. We are trying to ascertain the best way to run immersion programs in the First Nation Communities to build custom tools for their needs.

One question repeatedly surfaces when discussing this type of project: ‘Who owns the intellectual property?’ In a nutshell, the product is licensed in a manner where schools are able to use the content, however, the license user agrees to non-commercial use. It is important to know these usage rites at the outset, as the issue will resurface.