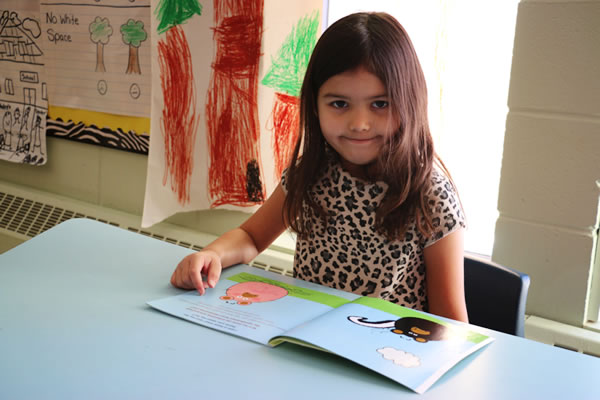 I am both impressed and saddened when I am given the opportunity to see what various groups have accomplished in terms of language revitalisation in Canada. I say this only because I do not believe the secret sauce has been created yet. Despite several successes around the world, I keep wondering what exists that we can pluck and expand upon, replicate, then distribute and grow, not only from Native cultures, but also my own. I have come to the conclusion that every situation is unique and the reason why some efforts are successful usually rests on a unique set of people or policies that we cannot replicate in Canada at this time.

I get back to the simple premise of "How do we create more speakers tomorrow than exists today?" How do we get Native populations to get 20 hours or Native language practise per week for three years?

I ended up finding a most helpful document to lay out a road map of activities the communities I work with can actually affect. I continue to use to the 2003 UNESCO “Language Vitality and Endangerment,” document. http://www.unesco.org/new/en/culture/themes/endangered-languages/language-vitality/

The UNESCO document describes the six pillars for language vitality, specific to endangered languages. Two of the determinants listed were books and written material available for use in a school setting AND responses to language in new media (like the TV or Internet). My quick search resulted in very little usable content. In fact, many teachers were taking time away from transferring language in order to comb through magazines for pictures as learning objects in the classroom. The result I have seen produces a noun-based instruction in a language where verbs can be as high as 80% of the sentence structure.

As an aside, I tried to find illustrators and editors, trying desperately to get somebody to produce a book in the Native languages. Of course the first question I got back was asking what other books had I done, or about producing a business case to prove the viability of this market. In the mean time, more pictures are being cut out of Cosmo. I tried to hire professional illustrators; one fellow actually quoted me $20,000 and six months to produce 24 cartoon illustrations for the first story about a father moose trying to find his son. Of course, the editor I was in conversation with said their fee was $10,000 and the publisher said they would produce 5,000 books and I had to buy back whatever didn't sell in the first 90 days. No wonder there are few Native Language books.

I decided to produce my own books with a process called 'Print on Demand' or POD. With this system, I pay a unit price no matter what the volume. If a book cost $7 to print one copy, it cost $7 each book to produce 1,000. This was great for the needs of the Indigenous students because the volume of books is so low based on the usage and population projections. As well, I don’t have to keep inventory.

For my first children's book, an illustrator was not available for a reasonable price or timeframe. Actually, only one illustrator responded to the email request for a quote for services out of the over 50 that were qualified up front for what was needed. In frustration, I ended up taking an Adobe Illustrator course over two weekends at Sheridan College. I spent so much time watching Storage Wars reruns in my hotel in New Brunswick, I decided to give illustrations a go myself.

I suppose the point I am trying to make is if a need exists for material, as individuals we have the ability through technology to "Indigitize” this material, copy and distribute it, in a very cost effective manner.

All material produced has been done with Elders and community members to make sure it is handled respectfully, with careful attention paid to the supply chain to ensure as much money can flow back into the First Nations who helped produce it.

First Nation members are always telling me things like "Dad used to have a great story about collecting wild rice," or "Mom used to talk about the way life was before the road was put in," etc. As a result of striving for authenticity, I am now in the process of getting First Nation stories published using real Native stories instead of my 'Non-Native translated into Native languages' stories. When one embarks down this path, it is critical to publish the book with proper copyright given to the storyteller. Even when permission is given to me, I feel more comfortable to share the copyright with the original author. It is a simple case of buying distribution rights from the original storyteller and letting them know up front the intention of how the book will be used. In my case, I only provide books to daycares and school systems.

An excellent resource called OCAP at FNIGC.ca is available for guidance on how to handle this material. OCAP (Ownership, Control, Access and Possession) was basically established to allow each First Nation communities and individuals to have final say over how the information they provided will be used, ensuring their First Nation information does not get used for reasons other than those agreed upon.

With all said, I started out trying to address various problems outlined by UNESCO. The communities and I were still working tactically and not strategically. It was still a start, which was better than what we had before. As more books and children shows were produced and distributed, more momentum shifted to more people in all communities getting more involved. It is not an overnight solution but rather the first set of deliverables in a crawl, walk, run strategy. In my perfect world, First Nation people will take over this part of my business and produce their own books.